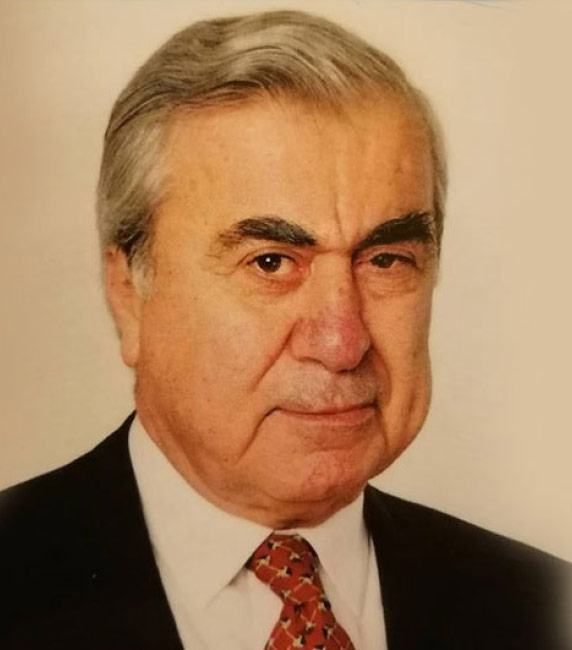 Prior to his successful leadership role with the Zakhem Group, George held several positions with the Contracting and Trading Company (C.A.T.), where he first joined as an Engineer trainee in 1955, in Qatar and Kuwait.

After graduating in June 1957, he was appointed Site Engineer with C.A.T. in Pakistan. He then became Project Manager and was promoted in 1962 to Area Manager in Karachi. He also entered into a business partnership with late Emile Bustani on an independent company that lasted until 1964.

George has always been committed to serving his country Lebanon through the development of its youth. In 1982, he set up an endowment fund in his mother’s name for needy students at Lebanese American University (LAU) in Beirut.

He also established a multimillion-dollar fund by the Zakhem Group to support universities and students in Lebanon and abroad. The Zakhem Engineering Building at LAU, Byblos; and The Hanneh and Salim Zakhem Building at the University of Balamand are shining examples.

In 1983, George was a founding member and Patron for the Centre for Lebanese Studies at Oxford University, U.K., and for the British Lebanese Association in London.

In 1984, he chaired the Board of Trustees of the Lebanese American University until 1990. Byblos Campus was founded under his guidance and focused leadership, and the existing Beirut University College (BUC) was upgraded to become what is currently known as LAU.

George has also been on the Board of Trustees of the University of Balamand since its establishment in 1987.

Additionally, he was elected president in 1988 of the International Pipeline and Offshore Contractors Association (IPLOCA), for one year.

In 2006, the Zakhem Group made a generous gift in kind to the American University of Beirut, for the School of Engineering Deanship.

George created a chair for Kahlil Gibran at the University of Maryland, Washington D.C., in 2009, which would become known as The George and Lisa Zakhem Kahlil Gibran Chair for Values & Peace.

He has earned a number of awards including the IPLOCA shield in 1989, St. Peter and St. Paul Medallion from Patriarch Ignatius IV in 1995, and the Distinguished Alumni Award from the School of Engineering at the American University of Beirut in 2003